‘We’ll be right’ Tony said. ‘The hills in El Salvador are small in comparison to the ones in Guatemala’. I took some comfort from these words until we got to our first hill in El Salvador that turned into a 5km ‘hike a bike’ on a steep cobbled road! It was hot and the sweat was dripping from every pour. I was thinking to myself ‘At least I could ride the hills in Guatemala’!

Our camp at San Pablo Tacachico

El Salvador appeared to be more affluent than its Guatemalan cousin with more National Parks, better infrastructure and less rubbish thrown around the place. It made a nice change. We found some really nice remote roads to ride in the coffee growing region around Juayùa. 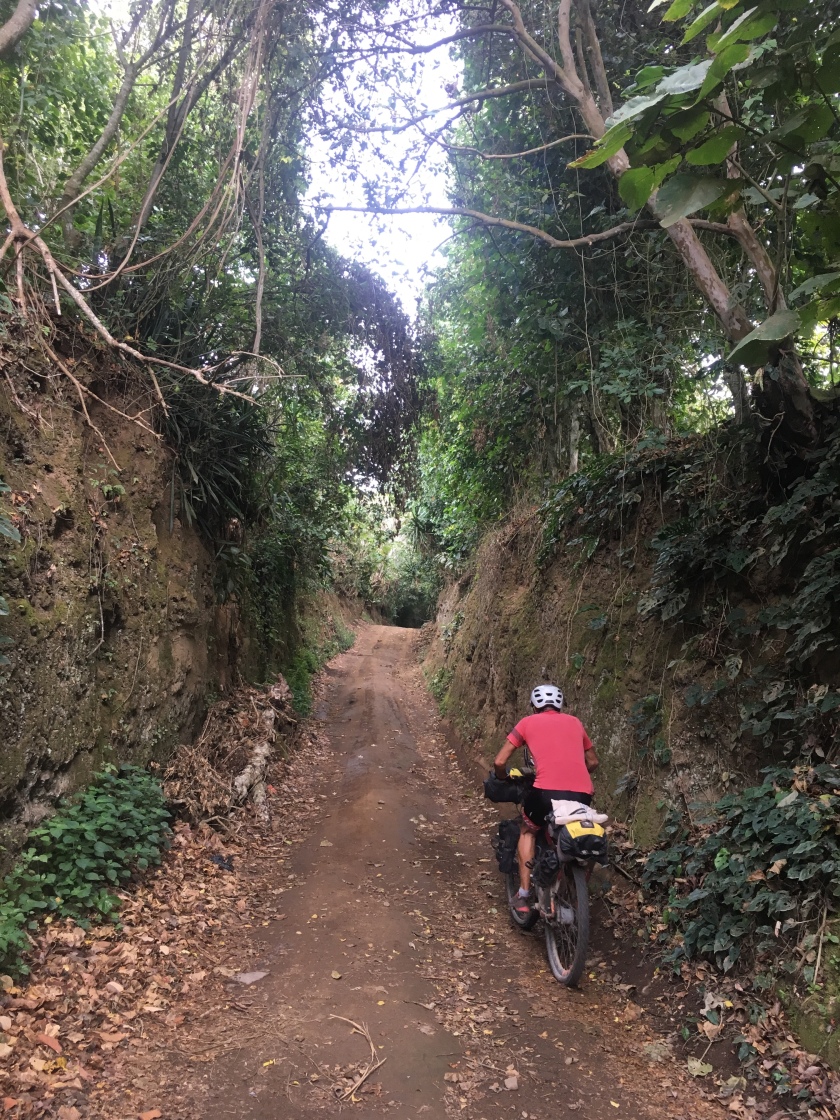 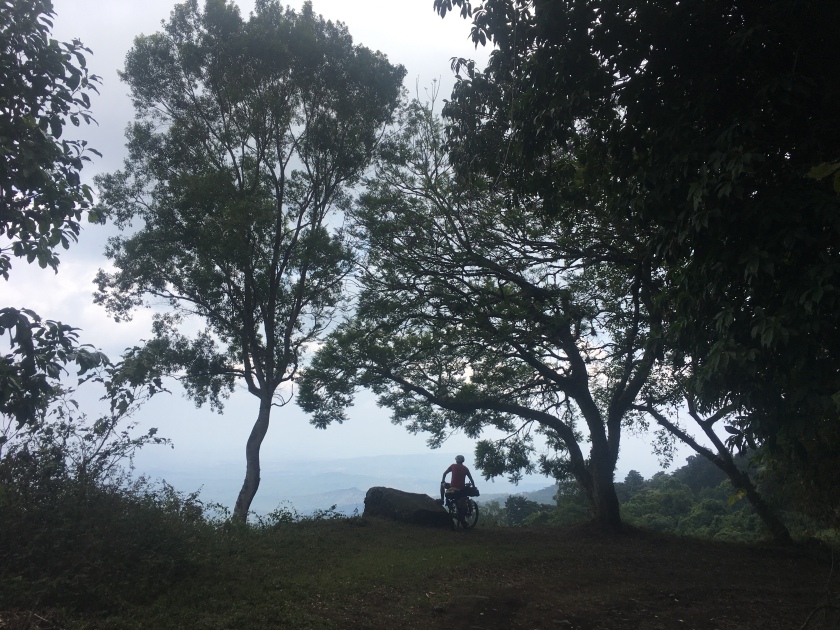 Then it was onward and eastbound toward the border with Honduras. That’s where Tony’s comment about hills came back to haunt us. We travelled the CA3 which is one of the main highways, but it was so quiet traffic wise that we decided to stick to it most of the way to the border. Our last day in El Salvador saw us climb 3453m in elevation over 100kms in 30 plus degree heat with about 100 percent humidity. We both couldn’t drink enough water and each consumed around 7 litres on the way. No wonder when we got to our hotel that night we were both a bit poked (that’s Kiwi for tired).

We’d heard through the media and from some other riders Honduras was a dangerous place so we decided to pass through as quickly as we could. We passed through the border smoothly and took the CA1 across country to Nicaragua. We only spent one night in Honduras in a dodgy hotel in a town called Choluteca. The hotel cost us USD20 for the night which included the usual amenities, however the shower fell a little short of our expectations – even for Central America.

The other thing that shocked us about Honduras was the amount of rubbish discarded everywhere as this video shows.

Having said that the people were very friendly and appeared genuinely so. The countryside was also pretty, making the riding very pleasant. I think if we had more time Honduras would be a good country to explore further and it’s bad reputation is not deserved.

The great thing about three countries in three days (now we are in Nicaragua) is we get to sample new flavours of beer in each new country.

The other thing we noticed in Mexico, Guatemala, El Salvador and Honduras is how big the security industry is. According to the Lonely Planet Guatemala employs 30,000 police while 120,000 private security guards are employed. We saw uniformed men (and one or two women in Mexico) armed with anything from pistols to shotguns and semi-automatic weapons guarding anything from ATM’s, Service Stations, fashion stores and even fried chicken restaurants. This became more prevalent the further south we went with Security riding shotgun (literally) in trucks delivering everything from coke to cornchips. Both water parks we stayed at were guarded by armed security or even military (young looking fresh faces carrying enough firepower to make any gun nut excited). We also noticed increasingly the dairies (that’s Kiwi speak for corner stores) had grills on their doors and windows and you couldn’t even enter them. You stood at the window and asked the shop keeper to bring you what you want.

Our night security at the town pool.

Where have we been:

One thought on “El Salvador and Honduras”