So picture this. It’s 8am, we’re camped at a hostel in San Ignacio (basically someone’s back yard) and I’m meant to be getting up to ride my bike but my stomach is telling me it’s not that keen. I try to get out of the tent but that’s the last straw and my stomach decides it’s time to empty itself. So here I am, wearing my undies, kneeling in the door of the tent throwing up with life going on around me. Karen comes over to see if I’m ok. John, another cyclist staying there asks her if he can do anything, then makes a quick exit to town. After what seems like forever I’m kneeling over 1 1/2 litres of liquified version of the cheesy nachos I had for dinner. It probably wasn’t the nachos but I will forever associate them.

So that was the start of our week. An enforced rest day in San Ignacio followed by three days of riding on a stomach that didn’t really appreciate it. Needless to say when we arrived in Mulegé I was poked.

But the ride over the divide was stunning. This had our first easy flat riding of the trip. When I say flat I mean about 50km of weaving through dry lake beds linking fishing villages along the Pacific coast. It was a bizarre scene.

Crossing the divide had the usual challenges but the down hill was the hardest part of the climb. A 550 metre decent that had about 400m metres of climbing in it. That was just nasty and nearly saw the toys come out of the cot. Time to lay under a tree and take a few deep breaths. Then it dropped us into a flat rocky riverbed for the last 25km to town. And that was their road and just about my lot.

Mulegé, on the Sea of Cortez, is another 17th century Mission town built around an oasis.

Arriving on Christmas Day the place had a very relaxed feel so we got settled into a hotel and decided to have a decent rest day. This was the best sleep we’ve had in a town…no barking dogs, roosters crowing or trucks running all night. Oh for small mercies.

After resting and refuelling we were both keen to get going. Going involved negotiating a boat ride with local fishermen across Bahía Concepción (the inlet). This was an interesting exercise given our lack of Spanish and their lack of English but we managed to come to some sort of agreement and ended up getting dropped off on an amazing isolated white sand beach. The crystal clear water and solitude made us wish we had taken extra food, water and beer so we could have camped right there and spent the day swimming and exploring. Maybe next time. 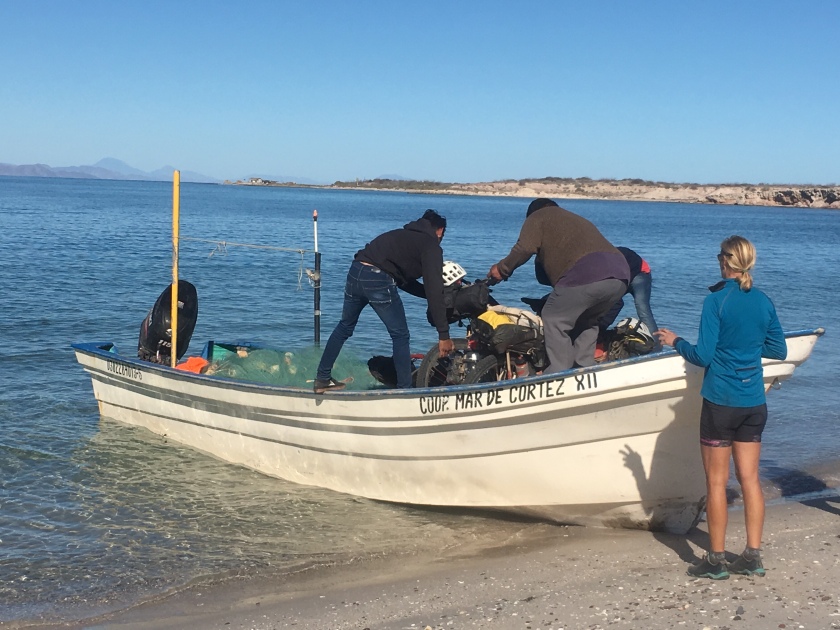 The next five days days had a similar theme. Night one we camped in a small bay on the Sea of Cortez. The wind was up so the evening swim (read wash) was very brief. After that it was back into the hills linking together old mission towns and oasis’s on little used roads. This is all volcanic country so lots of rock, big canyons and steep climbing. Some parts reminded me of the landscape around Mt Ruapehu, just with cactus and desert sand instead of rivers, snow and ice. 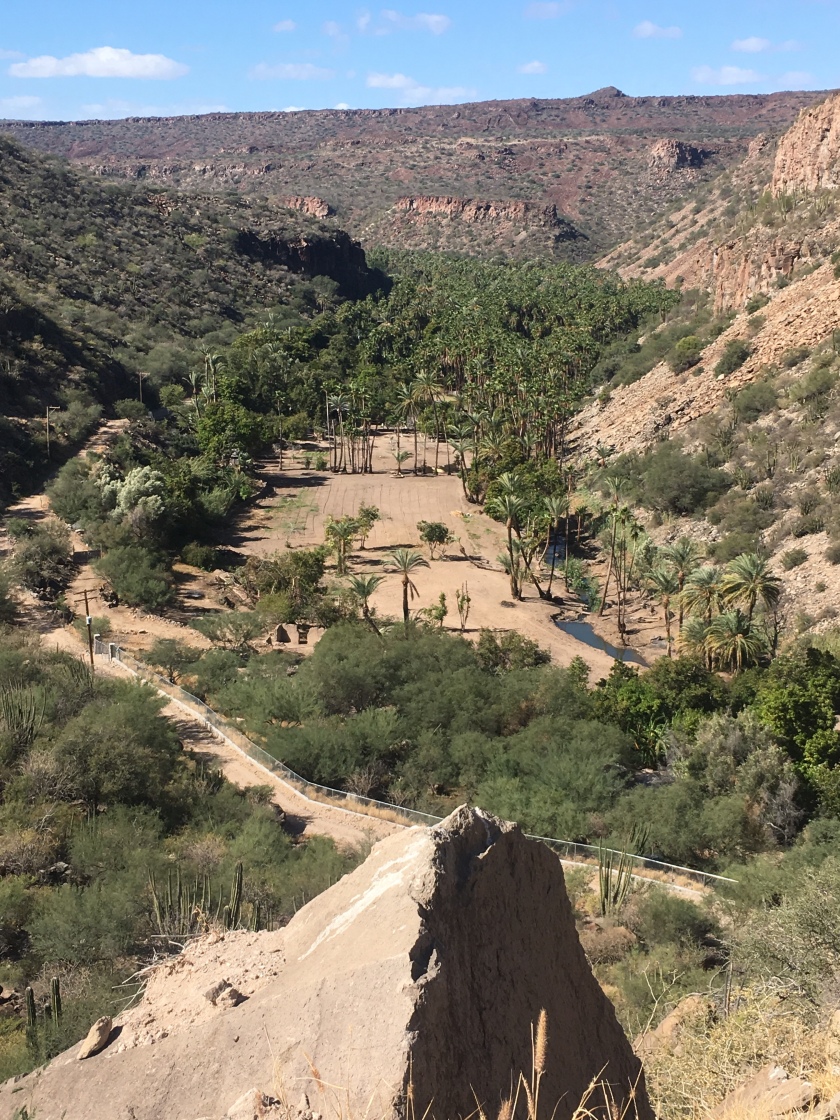 Because there’s lots of passing opportunities?

The last 70km into Ciudad Constituciòn was flat and typical of the flat riding here. Soft sand, loose rocks and the occasional good going just to tease us. The desert slowly gave way to cropping lands and released us back into civilisation. We finished off with an easy half day to arrive in town on New Year’s Eve.

Let’s get the party started!!

This leg of the journey. Next stop La Paz